Belgian gynaecologist, academic, Senator & Member of the Parliamentary Assemblee of the Council of Europe, Professor and Head of the Reproductive Medicine Department at Ghent University, Executive of the European Society of Human Reproduction and Embryology (ESHRE), Senior clinical researcher Foundation for Scientific Research (FWO-Vlaanderen), a member of the Royal Belgian Academy of Medicine, a former member of the Belgian High Health Council and of the French Biomedical Agency, author of over 300 journal articles.

Policy Advisor at SOGI Unit of Council of Europe. Working with other Council of Europe sectors, the SOGI Unit provides support to member states by sharing good practices, by organizing capacity building activities for government and local authorities and by seeking partnerships with member states, other intergovernmental organizations and civil society actors. Its work is guided by the Committee of Ministers Recommendation CM/REC(2010)5 ‘On measures to combat discrimination on the grounds of sexual orientation and gender identity’.

In the past seven years Yuri has worked with human rights defenders, activists, advocates and allies to advance the human rights of lesbian, gay, bisexual, transgender and intersex (LGBTI) people and combat homophobia and transphobia.

Director of the Policy Division at EPATH. Scientific employee & coordinator of the Transgender Infopunt at University Hospital Gent, Center for Sexology and Gender.

EPATH is the European Professional Association for Transgender Health. This newly created association was founded in December 2013, when European scholars and clinicians met in Brussels for what was called the pre-launch meeting of the EPATH. The widespread need for an exchange of knowledge and scholarship in transgender health at the European level was obvious in many disciplines.

Author of over 140 scientific works on medical psychology, psychiatry and sexology. 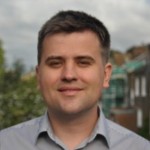 Lawyer qualified to practice in Romania, specializing in human rights law, particularly in the area of equality and non-discrimination. Has litigated major cases before the European Court of Human Rights, concerning among others Roma rights, the rights of persons with disabilities and LGBT rights. Has developed and implemented cutting edge human rights litigation campaigns in previously neglected thematic areas. Extensive experience of capacity building for organisations conducting strategic human rights litigation. Familiarity with working across Central and Eastern Europe and extensive network of governmental and civil society contacts across Europe and beyond. 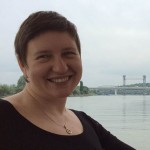 Psychiatrist and sexologist, member of legal gender recognition working group at the Ministry of Health of Kyrgyzstan. 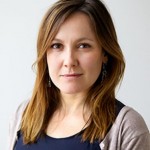 Tanya Cooper is Russia researcher with the Europe and Central Asia division at Human Rights Watch. She works on issues related to freedom of assembly, association, and expression, LGBT rights and discrimination.  Cooper previously worked for Human Rights Watch’s office in Moscow. Before joining Human Rights Watch, she worked as a casework coordinator for Amnesty International USA, as a human rights monitor with an OHCHR mission in the aftermath of the interethnic violence in southern Kyrgyzstan, and as Central Asia analyst for the International Crisis Group.

Board of directors at MSMGF Transgender Reference Group, Member of the Board at RFSL – The Swedish Federation for Lesbian, Gay, Bisexual and Transgender Rights and Security Officer at Stockholm Pride.

Member of the interim board of EPATH – the European Professional Association for Transgender Health Care and of the German Equality Body’s expert committee on gender. His special fields of interest are policy development and advocacy at the European level. Sought expert on trans equality in Europe by policy makers and trans activists alike. Co-author of the Best Practice Catalogue “Human Rights and Gender Identity” and the toolkit “Legal Gender Recognition in Europe”.

Mauro is an Argentinian intersex and trans activist, Co-Director of GATE (Global Action for Trans* Equality). A signatory of the Yogyakarta Principles, his work focuses on the reform of medical protocols and law reform. In July 2015, Cabral received the inaugural Bob Hepple Equality Award. Cabral has co-ordinated work on reform of the World Health Organization’s International Classification of Diseases, in particular a critique and alternative proposals in relation to “Gender Incongruence of Childhood”. He is a contributor to the World Health Organization report “Sexual health, human rights and the law”. In 2015, Cabral became the senior advisor for a first philanthropic Intersex Human Rights Fund established by the Astraea Lesbian Foundation for Justice.